Since 1988, Harcon Corporation has provided access services on thousands of structures throughout the United States, ranging from a single-span covered bridge a few miles from our home office in Paradise, Pennsylvania, to 440 spans on the Seven Mile Bridge in the Florida Keys, to over 100 truss bridges in Oklahoma. We’ve worked on bridges in 26 states and in Canada, including structures on the Salt River in Phoenix, Arizona, the St. Lawrence Seaway in Ontario, and a pedestrian bridge at the entrance to Mile High Stadium in Denver, Colorado. Our list of clients reads like a Who’s Who in Bridge Design and Inspection in the United States.

Harcon began as a bridge painting company, performing contracts on the PA Turnpike, Interstate 80, and elsewhere in Pennsylvania. By 1995, we had changed its focus to bridge access and fall protection, primarily for bridge inspection. In the early years, we mostly installed under-bridge rolling scaffold systems on tensioned catenary cables, or provided vertical access with swing stages on skyscrapers, dams, bridge piers and towers. In later years, we introduced pontoon boats with scaffolding for low level bridges over deep water and purchased a Hummer/bucket truck to access low level structures over shallow water.

From a handful of employees providing access on a few dozen structures annually in the early 1990s, Harcon has grown to a dozen employees capable of providing equipment and bridge inspection support services on up to nine structures simultaneously. We’re servicing over 500 structures a year with spans numbering in the thousands. 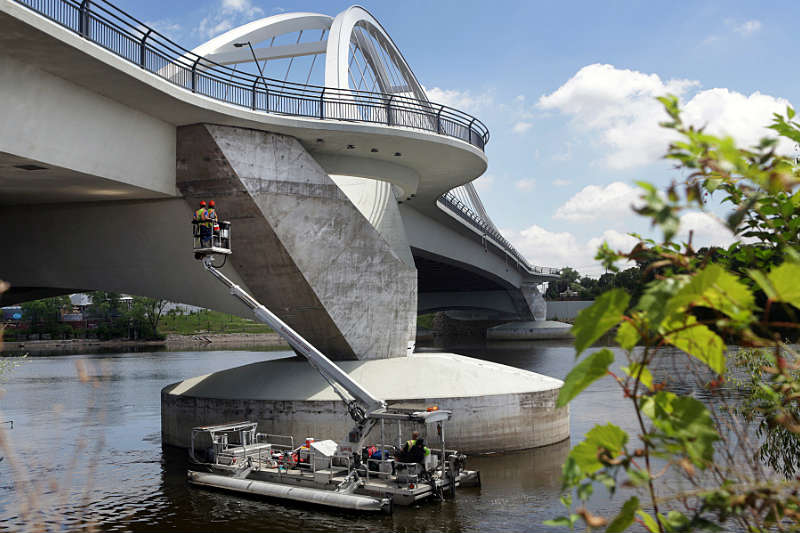 Contact Harcon and
Get Started Today! Check Out Our
Project Gallery!

This map displays our working area with our most frequent contract work areas hightlighted in red. Contact Harcon Today to learn more about the work we’ve completed in: 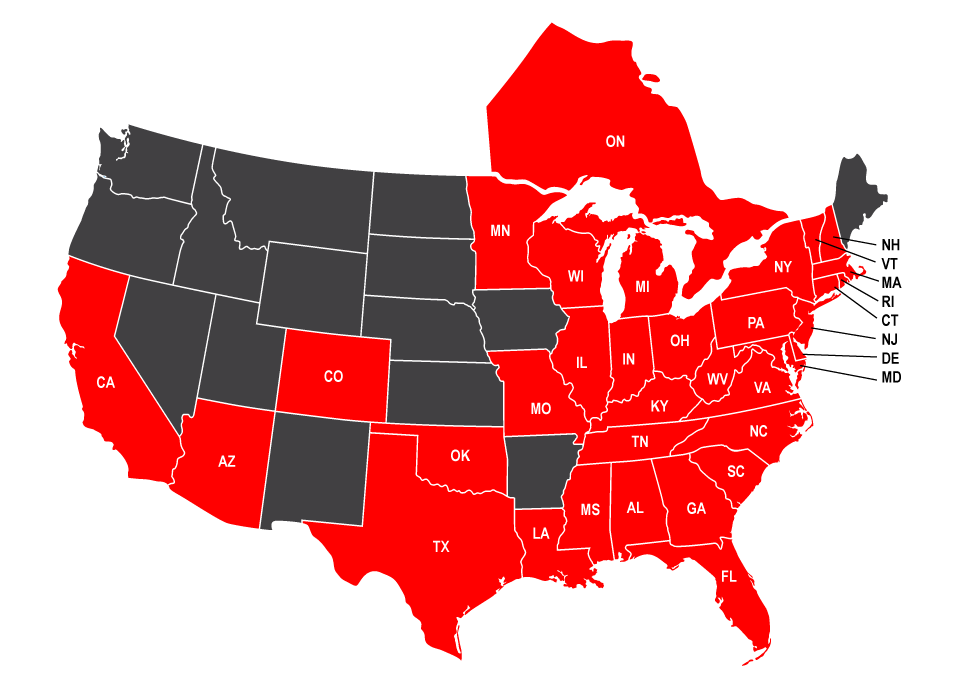